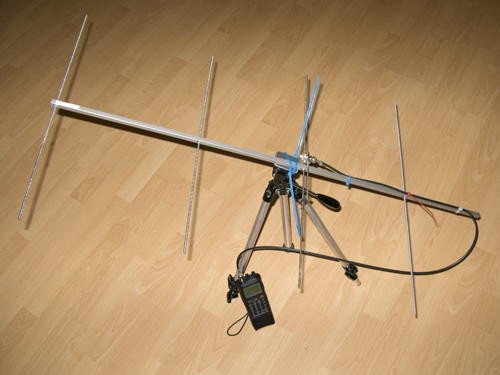 Few months ago US and Brazilian authorities seized around 20 radio operators who were, and still are, beaming their radio signals to a Geostationary satellite (Fltsatcom 8, 15.5 West). Many of the users located on the North of Brazil, but they could be anywhere in such vast region that includes the Colombian Amazon or the Venezulan Orinoco regions, meaning that most of them will be quite impossible to locate specially when using the system from a different location

The military satellite is being used for all kinds of quotidian needs, from chit-chat to orders instruction in somehow coded slangs. It connects, for free, people who won’t have any other chance to communicate. Of course this renders the line into a completely busy and at times jammed service that could not be used for its “original” purposes, military operations conducted by the North American Naval Army in the region.

Always on-air realtime at 255.550 mhz FM, some Brazilians have sort of “reclaimed” the use of a band in the spectrum that the US military appropriated with the launch of a geostationary fltsatcom* satellite back in the 70’ies. Few months ago the Brazilian government manage to stop few of them, but the current status is a heavily abused line, free to everyone with a cheap antenna and a capable radio transmitting on the right uplink. Few weeks ago there was some sort of controlled jamming of the frequency, perhaps an attempt to stop the abuse of the system but, could such thing be a solution for the problem? Bringing the service down will be like a military defeat.

Listen with your mp3 player some of the recordings -> brazillions

More info on the type of spacecraft:
*The Fleet Satellite Communications System was designed to provide multichannel UHF communications for the US Navy. It can also be used in support of US Air Force bombers and launch control centres, all airborne command posts, and some US Army nuclear capable force elements. The FLTSATCOM programme was approved in 1971 with the US Navy executive agent for systems development and operation, and the US Air Force assigned responsibility for spacecraft development. The original specification called for four satellites in geostationary orbit to provide global coverage. First launch was originally planned for 1975, but delays in development postponed it until 1978. Due to these delays the US Navy leased a portion of the Comsat General Corporation’s Marisat satellite, a lease which ran until 1981. Four spacecraft became operational over the Pacific, Atlantic and Indian Oceans. A fifth, intended as an on-orbit spare, was damaged during launch in August 1981 and was not made operational. FLTSATCOM spacecraft had 23 channels in the 244 to 400 MHz range; nine 25 kHz wideband channels for Navy relay communications (seven low power, two high); 12 5 kHz narrowband channels used as part of the AFSATCOM system; one 500 kHz wideband channel used by the National Command Authorities and one 25 kHz channel (SHF up, UHF down) for fleet broadcast. FLTSATCOM provides a UHF anti-jam protected fleet broadcast service to all navy ships, as well as providing command and control links for computer-to-computer exchange of digital data among shore stations, fleet ballistic missile submarines…